This started out as a homework assignment from the Burlington Writers Workshop‘s Songwriting Workshop (for December 8, 2016), a wonderful and welcoming group of songwriters meeting every month and led by Vermont multi-talented multi-instrument songwriter Seth Cronin*. We try to have a (non-mandatory) songwriting prompt, and for this month it was:

Prompt for December: Holiday/Seasonal Song – contribute your own musings to the long tradition of holiday and winter seasonal songs. Feel free to be celebratory or cynical, whatever inspires you most during these cold winter months.

I follow the prompt when I can, so I set out to make a secular-humanist Winter Solstice song***. As it turned out, I’d recently broken a string on my guitar and was about to bring the whole thing in for an adjustment (plug: at Advance Music), so it was either do it on keyboard…or maybe just with a hand drum…****

Thanks for taking the time to hear my exhortation for being strong together through the darkest time of the year. May our new year bring peace. Hand in hand we stand, awake and alive.

Hand in hand we stand
Awake and alive

* Who, I just discovered, was recently co-awarded a patent for a system for reserving parking spaces. OK Seth…where’s our song about that?**

** …So maybe he was a little busy getting married this year. Congratulations, Natalie and Seth!

**** And tried lighting the performance with candles for that “we’re just a-sittin’ out here by the campfire” feel. Hopefully that didn’t turn a would-be nice song too creepy-looking…

***** Thanks to the Burlington Writers Workshop for being here for writers, for Seth Cronin, now leading the Songwriter’s Workshop for well over a year (and for being awesome), and for the rest of my fellow songwriters, especially Hannah Hausman, Jim D, Josie, and Candelin Wahl, who were there when I debuted the song, sang along (!), and encouraged me to record it. It’s an honor to grow as a songwriter along with you.

It won’t be too long
Their time will be ended,
The hate evaporating

The day this song is being released is the 20th anniversary of my first date (“date-iversary”) with Kit O’Connor, who became my best friend, partner, and spouse. I couldn’t do any of this without them, and I wouldn’t want to.

It’s taken me a couple of years to finish, but I’m back with the song I promised when I won the Burlington Social Media Day award, “2014 Social Media Royalty > King”. Here it is, my love song, the anthem I wrote for and about my beloved hometown, Burlington, Vermont. It’s called, “Sweet Little City (by the Cool Blue Lake)”.

To rewind the story: as part of my shameless shilling for the 2014 Social Media Day votes, I promised people I’d write a song about whatever they wanted…which would be decided via an open form on this site as well as a round of voting on all the nominations.

People came up with 41 separate song ideas, from the whimsical (“I saw a bird, I wonder what it is“) to the cutesy (“Signs you may have a social media addiction“) to the so-good-I-may-have-to-write-it-just-because (“Mr Ding-a-ling’s ding dong singalong“). And the one that got the most votes? “A Day in the Life of #BTV a la Beatles – woke up, got out of bed, went to August First to buy my bread … farmer’s market, food trucks, waterfront, intervale, etc.”

But…”A Day in the Life”? REALLY? That would (a) take some serious production chops, (b) seem like an act of superfluous redundancy (the world already has the real “Day in the Life” alongside the rest of the band’s multiple, quintessential singularities), and (c) oh, did I mention the production chops? And need for time? And…talent?

However…what if I tried to cough up a genuine anthem for the Queen City? That’s a real challenge of its own, not the least of which is it means I’d have to set aside the obligatory Portlandia jokes and try to really be, y’know…sincere. And anthemic.

So I took a page from Ludwig van Beethoven…almost literally. I basically stole many of my song’s melodies from the first movement of Beethoven’s Sixth Symphony, the “Pastoral”. Oh, you know…the one from Fantasia. Those melodies. Those MELODIES! They’re energetic. They’re inspiring. And above all, they’re free for the taking (“Famous Last Words”). Hey, why reinvent the wheel when Ludwig has a whole…van?

Come to find out, trying to make Nineteenth Century classical music melodies work in a semi-modern context ain’t a walk in the Pastoral. Want to really rock out? Or go in a less harmonically predictable direction? Good luck with that, especially if you’re not trying to do a parody or otherwise attempting some kind of aesthetic sabotage to the tune. The melodies are confident and capable, but they work best with the kinds of chords and harmonic motion that Beethoven would understand.

Thank you for taking the time to listen to my love song for the city I call home. May she always get to stay by a crescent bay on the left coast of Vermont. 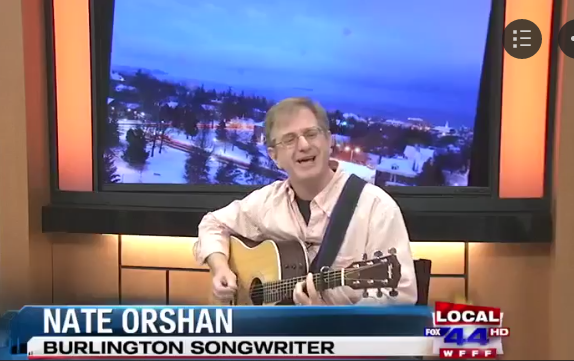 Thanks to Mike Curkov and WPTZ for asking me on for an interview and live performance! It was an honor and a lot of fun. And may I say that, for a short interview, they really get to a lot of good stuff, including

(The interface for the video isn’t quite as intuitive as I’d expect. There are two separate clips, one for the performance and one for the interview, so you need to click on either of the two, little thumbnail images to get to either one.)

Welcome to the
Sweet little city by the cool blue lake

Living in a
Sweet little city by the cool blue lake

Winter arrives with icy knives and cuts the days
But look around the snowy town, and you’re amazed
Everyone plays
And you may
Find your love in Burlington…

Shine upon a
Sweet little city by the cool blue lake

…An idea:
Being fair and taking care
Of each other’s not naïve

The sunset sings a melody to make you cry
The gentle peaks, the coral sheets across the sky
And if you try
You just might
Find your love in Burlington…

These gifts of hillside and valley,
River, streams, and the Mountains Green
Are more than any want 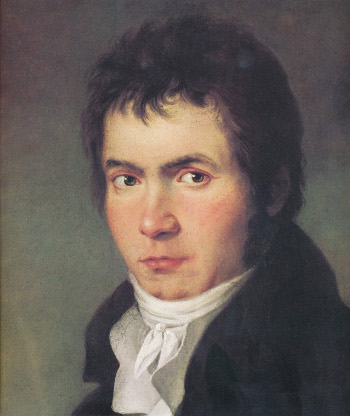 (Pic borrowed and resized from the Wikipedia article.)